During Earth Hour millions of people, companies and organisations in 178 countries turned off their lights for one hour.  But it’s time to turn off some of those lights permanently. Inspired by Earth Hour, this month’s tip for reducing energy use is to change the lightbulbs.

As with collecting foodwaste for biogas, this is not rocket science. But has your company or organisation made the switch? 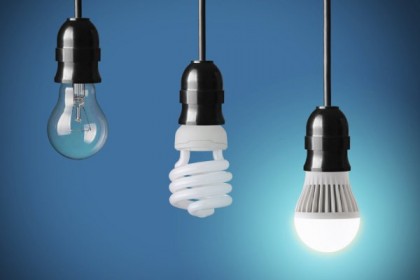 The up-front cost of LEDs is higher than for older technologies, but the bulbs last longer and save energy so the lifetime costs are lower. Furthermore LEDs don’t contain mercury and they come on immediately so the old adage, that it’s not worth turning lights off for short periods, no longer applies.

From last September IKEA sells only LEDs, thereby going ahead of the EU legislation. It’s time for all of us to follow suit.

For a comparison of the emissions and other environmental impacts of different types of light-bulbs see here.

And to finish, of course, a lightbulb joke:

Q: How many believable, competent, “just right for the job” presidential candidates does it take to change a lightbulb ?
A: It’s going to be a dark few months, isn’t it?