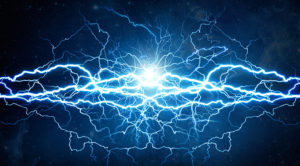 For a sustainable future we need to switch from fossil fuels to renewable energy, as captured in SDG 7. The renewable revolution is underway, but a large gap remains.

In 2015, for the first time, the capacity of new renewable energy installations exceeded the capacity of new fossil fuel production (oil, coal and gas). The investment to fund the new renewable projects was a USD 265.8 billion, which was more than double the USD 130 billion allocated to new coal and natural gas-fired power plants. That sounds like great news but unfortunately the picture isn’t so rosy.

According to the IEA, 23% of all power generation today is from renewables. With the rapid installation of renewable energy plants, we might assume that the proportion of power generated from renewables is also increasing rapidly. But sadly that’s not the case.

Even if countries fulfil their pledges under the Paris Agreement the IEA predicts that just 37% of power generation will be from renewables in 2040. So despite all the billions of dollars invested and the falling costs of renewables the IEA expects very little change in the overall mix between renewable power and fossil power over the next 24 years.

There are several reasons for the lag, including:

– energy plants have long lives, typically 40 years for a coal plant, so there’s a long time lag for new installations to make a significant impact on the overall production mix

– renewable plants tend to operate for fewer hours per day than fossil-fuelled plants.

Furthermore the IEA predicts that sadly the commitment in SDG 7 to universal access to modern energy services by 2030 will not be achieved. 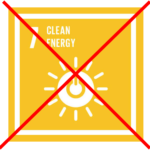 More than half a billion people, mostly in rural areas of sub-Saharan Africa, will still be without access to electricity in 2040 (down from 1.2 billion worldwide today).

Governments, companies, the finance sector and individuals all have roles to play in accelerating the transformation. Here are some suggestions for 2017:

For governments: removal of subsidies for fossil fuel production

For companies: more ambitious goals to reduce energy use and switching to renewable energy supply (supported by Guarantees of Origin)

For individuals:  reduced energy use, for instance with the help of gadgets such as Watty